The US Air Force’s flight schools have a reputation for churning out some of the best pilots in the world. 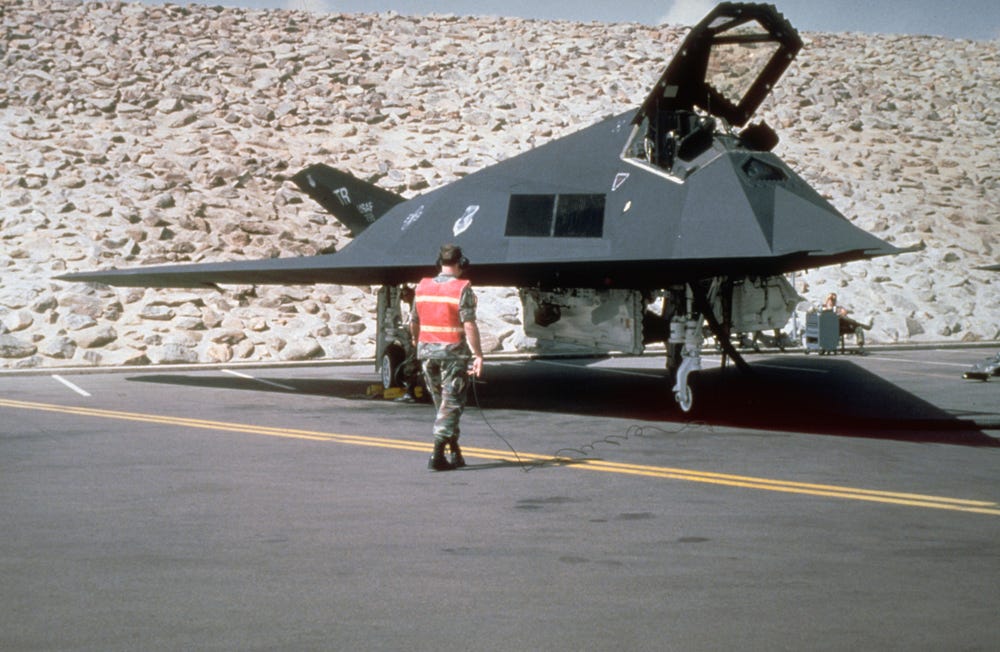 But not even with that standing, only 558 in the service’s entire history were ever able to earn the title “Bandit” — the name awarded exclusively to pilots assigned to fly the top-secret F-117 Nighthawk stealth jet. During the first years of the Nighthawk program in the 1980s, candidate pilots were drawn from a pool of fast-jet pilots. Only fighter or attack pilots with minimum of 1,000 hours were considered for the job, though candidates with 2,000 or more hours were preferred, given their extensive piloting experience.

According to Warren Thompson in his book, “Bandits over Baghdad,” stealth program brass struck a careful balance between recruiting pilots with phenomenal service records and pilots who were known to push themselves to the edge of the envelope — constantly demonstrating their prowess in the cockpit of the latest and greatest multimillion-dollar fighters in America’s arsenal. 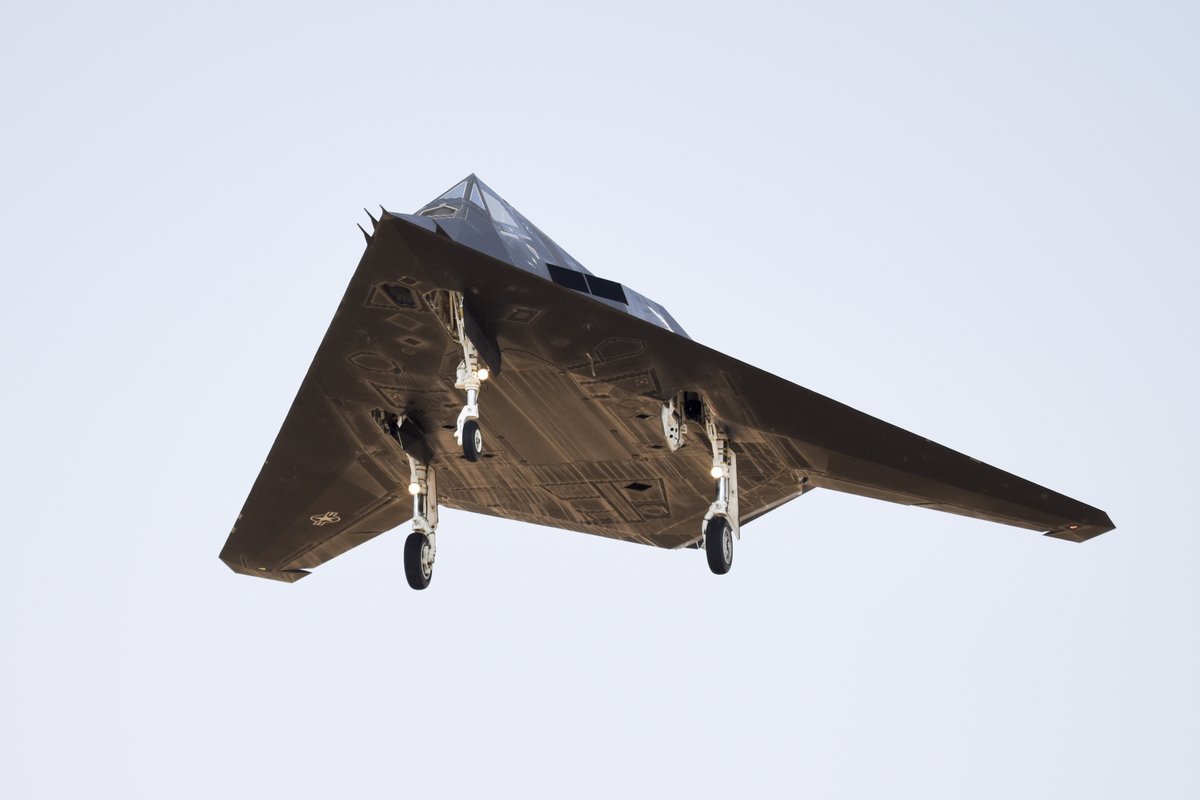 Early Bandits already in the program, having earned their number, were allowed to refer fellow pilots from other units, based on critical evaluations of their skill and abilities as military aviators.

The majority of candidates, however, came from fighter squadrons whose commanding officers were vaguely instructed to cherry-pick one or two of their very best pilots, and send them to Arizona to begin training on a new airframe.

Nobody, including the selectees themselves, had much of a clue what they were about to get involved in.

Further adding to the mystery was the fact that this “new” airframe was actually the A-7 Corsair II, an attack jet which had already been in service with the Air Force for a number of years.

Nighthawk program evaluators chose the A-7 for its similarity to the F-117 in terms of handling, cockpit layout and flight characteristics. Upon the conclusion of their flight training, candidates would appear for a final series of check rides and tests in Nevada.

The 162d Tactical Fighter Group of the Arizona Air National Guard handled this segment of the selection phase on behalf of the 4450th Tactical Group. The 4450th was the cover for the Nighthawk’s existence, drafted up by the Air Force as a supposed A-7 flight test unit.

The casual observer, and even other military personnel not read into the Nighthawk program, would merely see this outfit as yet another one of the Air Force’s myriad boring units, though in reality, it was anything but that.

If the candidates survived the A-7 flight course, passed their final tests in their new jet, and were approved by the selection cadre, they were finally told what they were really there for — to be the next breed of American black operations pilots, flying an aircraft the government habitually denied even existed.

The Nighthawk was developed more as an attack aircraft than a fighter, though it was still granted the “F” designation like other fighters the USAF fields today.

Built to evade and avoid radar detection, the F-117 was the deadly ghost America’s enemies didn’t see coming or going, even after it was too late and the bombs had already deployed from the jet’s twin recessed bays.

All prospective Bandits were now introduced in-person to their new aircraft at the Tonopah Test Range, a highly-guarded military facility known to play host to some of the most secretive Air Force projects ever undertaken.

After strenuous classroom sessions followed by training missions flown in top-of-the-line simulators, pilots were then taken back to Arizona to Luke Air Force Base, where they would train briefly on the F-15 Eagle, learning to perform a “no-flap” landing, which would simulate the Nighthawk’s handling dynamics during approaches and landings. 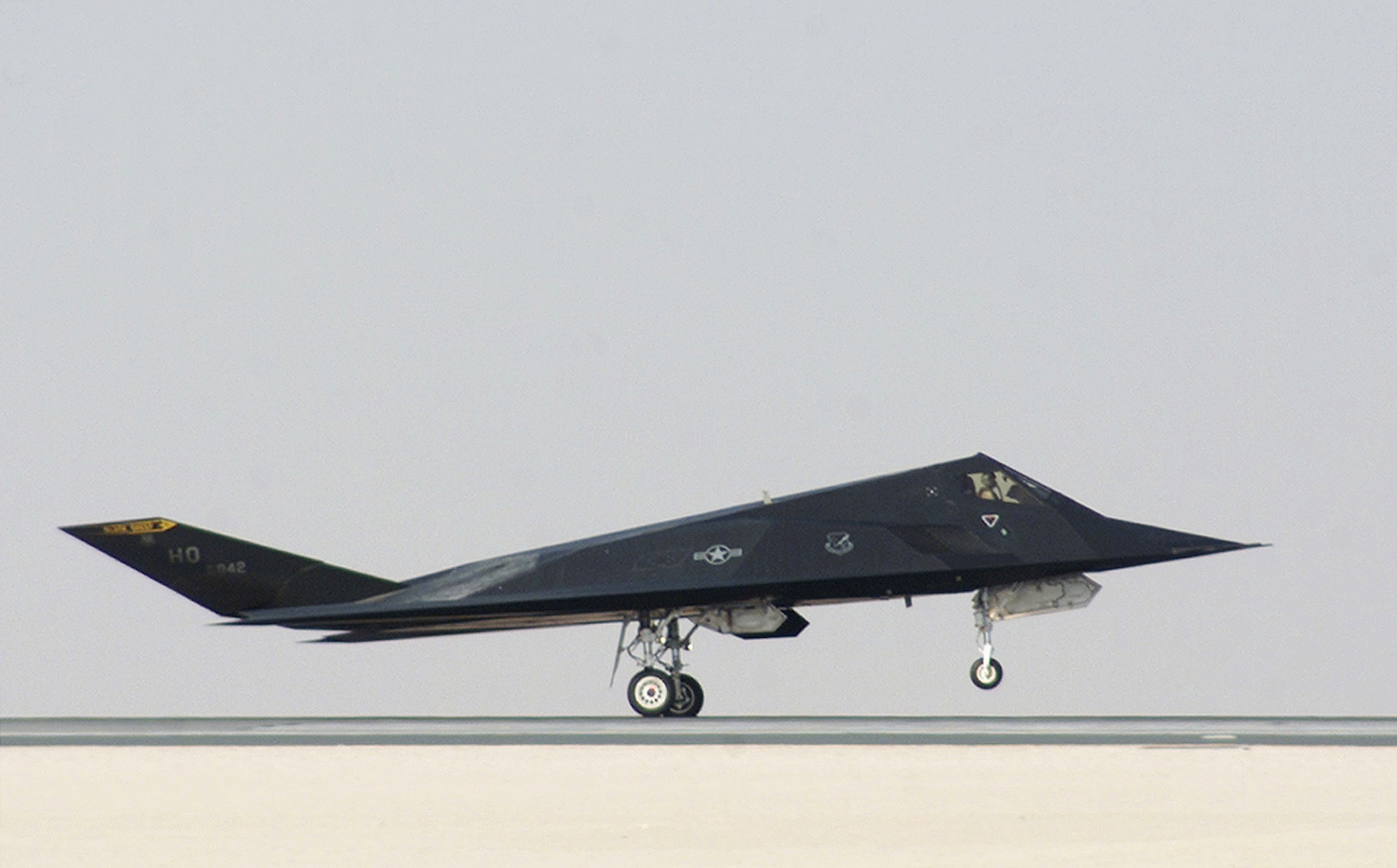 After passing muster, the candidates were handed the figurative keys to the F-117 and were allowed to fly for the first time. Upon their first solo in the Nighthawk, each pilot was assigned a number and were officially awarded the title “Bandit.”

As no Nighthawk was ever built with a twin cockpit, instructors flew near their candidates in chase planes while maintaining constant radio contact. After further nighttime and daytime training missions which qualified pilots to operate their jets in adverse conditions, a battery of tests and evaluations followed.

By this time, the class was severely depleted in size — the starting quantity of candidates diminished over time either because pilots opted out of the program or were dropped by evaluators and instructors just because they weren’t good enough to fly this next-level aircraft.

If the candidate was successful in his very last round of testing, he would be sent for further training to become combat qualified and would be initiated as a permanent member of the Nighthawk community.

Pilots were then sent to an operational squadron, where they would go on to fly daring missions in extreme secrecy around the world, from Panama to Yugoslavia, and onward to Afghanistan and even Iraq.

The Nighthawk has since been retired from service, having been replaced by the F-22 in its role as a stealth attack jet, though the Bandit number has been permanently capped at 558, forever sealing the status of these pilots as some of the most elite military aviators in history.